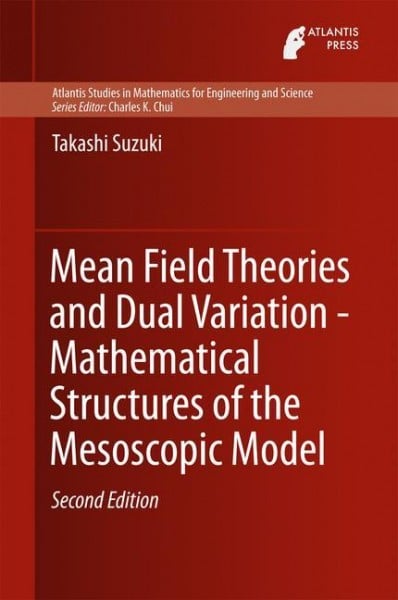 Mean field approximation has been adopted to describe macroscopic phenomena from microscopic overviews. It is still in progress; fluid mechanics, gauge theory, plasma physics, quantum chemistry, mathematical oncology, non-equilibirum thermodynamics.  spite of such a wide range of scientific areas that are concerned with the mean field theory, a unified study of its mathematical structure has not been discussed explicitly in the open literature.  The benefit of this point of view on nonlinear problems should have significant impact on future research, as will be seen from the underlying features of self-assembly or bottom-up self-organization which is to be illustrated in a unified way. The aim of this book is to formulate the variational and hierarchical aspects of the equations that arise in the mean field theory from macroscopic profiles to microscopic principles, from dynamics to equilibrium, and from biological models to models that arise from chemistry and physics. von Suzuki, Takashi