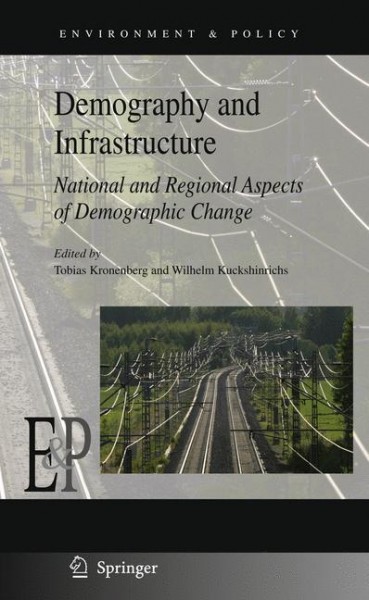 Demography and Infrastructure
National and Regional Aspects of Demographic Change

Population ageing has been going on for many decades, but population shrinking is a rather new phenomenon. The population of Germany, as in many other countries, has passed a plateau and is currently shrinking. Demographic change is a challenge for infrastructure planning due to the longevity of infrastructure capital and the need to match supply and demand in order to ensure cost-efficiency. This book summarises the findings of the INFRADEM project team, a multidisciplinary research group that worked together to estimate the effects of demographic change on infrastructure demand. Economists, engineers and geographers present studies from top-down and bottom-up perspectives, focusing on Germany and two selected regions: Hamburg and Mecklenburg-Western Pomerania. The contributors employed a broad range of methods, including an overlapping-generations model for Germany, regional input-output models, an energy systems model, and a spatial model of the transportation infrastructure. von Kronenberg, Tobias und Kuckshinrichs, Wilhelm