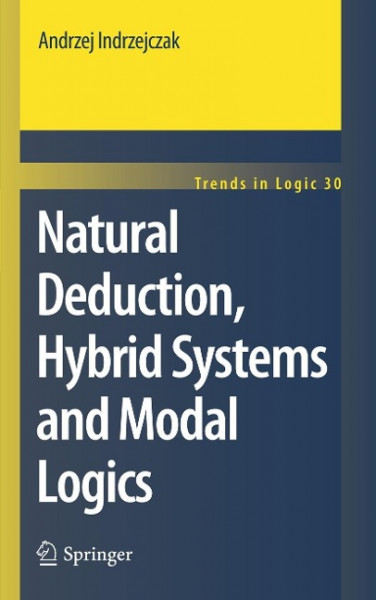 This book provides a detailed exposition of one of the most practical and popular methods of proving theorems in logic, called Natural Deduction. It is presented both historically and systematically. Also some combinations with other known proof methods are explored. The initial part of the book deals with Classical Logic, whereas the rest is concerned with systems for several forms of Modal Logics, one of the most important branches of modern logic, which has wide applicability. von Indrzejczak, Andrzej

Andrzej Indrzejczak is professor of logic and Head of the Department of General Methodology at the University of Lodz, Poland. His scientific interests include the proof theory for non-classical logics, the philosophy of logic and the methodology of science. He is the author of three books and numerous papers concerned mainly with the investigation of proof techniques for non-classical logics, published e.g. in Bulletin of the Section of Logic, Logic Journal of the IGPL, Logic and Logical Philosophy, Logica Trianguli, and Studia Logica.