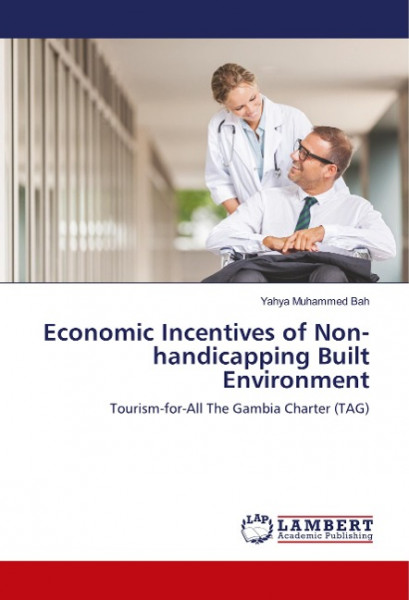 More than 13% of the world population comprises persons with disabilities as a result of mental, physical or sensory impairment. Nevertheless, they are legally entitled to the same rights and obligations as all other human beings. However, too often their lives are handicapped by physical and social barriers that hamper their active and full participation. Because of this, thousands of them in all parts of the globe often face a life that is segregated and debased. In a bid to look at disabilities and related matters from the social perspective - the traditional approach - the study was undertaken to examine the economic benefits of making the built environment accessible to persons with disabilities by focusing on the tourist industry. It concentrated on sites within Stockholm and its environs. There is a high level of awareness of the potential market of persons with disabilities and those who have decided to seize the opportunities are reaping the financial rewards as manifested by an increase in accessible rooms, a high-rate occupancy and the reasonable impact the accessible rooms have on the overall occupancy rate. von Bah, Yahya Muhammed

Yahya Muhammed Bah holds LLB and Masters of Science both in International Social Work and Real Estate Economics. He is a Sociology and Social work lecturer at the Univ. of The Gambia. He is the founder and Exec. Dir. of Tourism for-All Institute of Psychosocial Work and Community Development, the training arm of Tourism for-All The Gambia Charter.