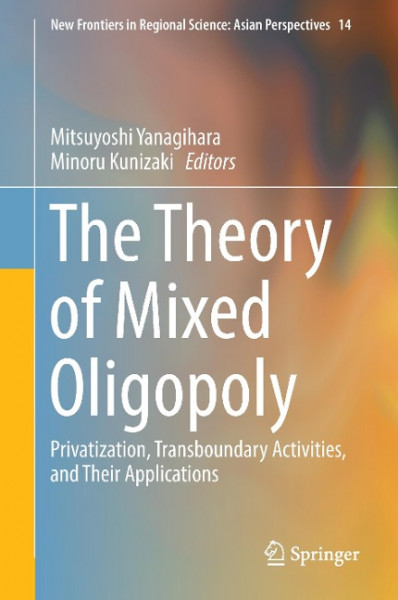 The Theory of Mixed Oligopoly

The Theory of Mixed Oligopoly
Privatization, Transboundary Activities, and Their Applications

This book outlines the core concept of the theory of mixed oligopoly and presents recent results that have arisen in a mixed oligopolistic market. The wave of privatization since the 1980s has taken the development of the theory of mixed oligopoly in several directions. Although the main concern of the theory of mixed oligopoly focuses on the effect of regime change-especially privatization of a public firm-on social welfare, existing studies have not considered the difference in economic environments. With drastic changes in economic environments along with economic development in recent years, the domestic and foreign markets have become more and more integrated, firms have become concerned about corporate social responsibility, and governments or politicians have had various interests and preferences. Against that background, this book revisits the question of how privatization affects social welfare by incorporating regional and international interdependency and investigates how firms' activities for corporate social responsibility, governments' preferences, and political economic situations affect the market circumstance in a mixed oligopoly. The dynamic aspect of privatization is also investigated. von Yanagihara, Mitsuyoshi und Kunizaki, Minor