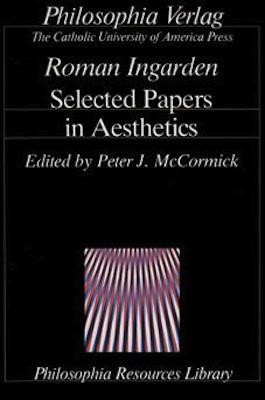 This collection of Roman Ingarden's most important papers in aesthetics is designed to provide interested readers in philosophy, literary theory, and aesthetics with some of the required background for understanding Ingarden's major works in aesthetics The Literary Work of Art and the Cognition of the Literary Work of Art.A general introduction calls attention to one of the central themes in these papers. Specific topics discussed in the volume include: the range of phenomenological aesthetics, the Poetics of Aristotle, psychologism in literary theory, value and truth in literature, and the nature of literary languageOf particular value is the two-part bibliography (of Ingarden's work and of works on Ingarden), which is the most extensive to date.Contents:Literature - The Physicalist Theory of Language and the Work of Literature"... Whatever answers we expect and obtain, the study of Ingarden will certainly open new vistas and force to clarify his or her own standpoint. We can only be greatful to McCormick for bringing forth this volume, and would greet warmly any similar endeavours in future."(Canadian Philosophical Review, 1986)Of interest to:Philosophers, linguists, philologists, anthropologists, students of these disciplines