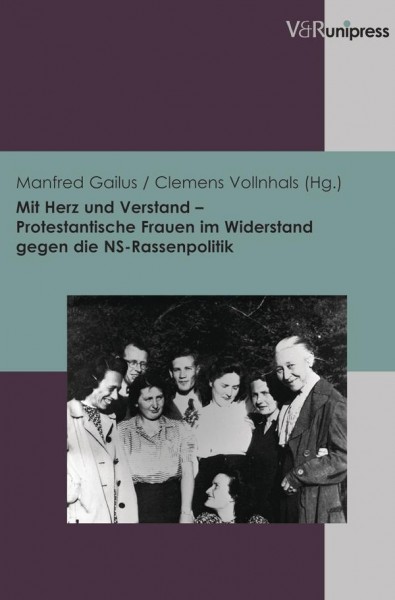 For many decades, the protestant history of the Kirchenkampf and its cultural remembrance only acknowledged its great men: bishops, professors, pastors - hardly any women. In eleven biographical contributions, this volume presents brave protestant women who raised their voices against the National Socialist racial policy and demonstrated practical solidarity with the persecuted Jews. Their commitment, which they understood as a matter of course and as a testimony of their Christian faith, was highly perilous. With their denunciation of the established anti-Judaism and the politics of the Nazi regime, these women stood in open contradiction to the official church, which rather tended to conform. Even within the circles of the Confessing Church they went unheeded. And after 1945 their courageous resistance and selfless commitment for the persecuted only served to jostle the filtered memories and self-justification of the followers. von Gailus, Manfred und Vollnhals, Clemens