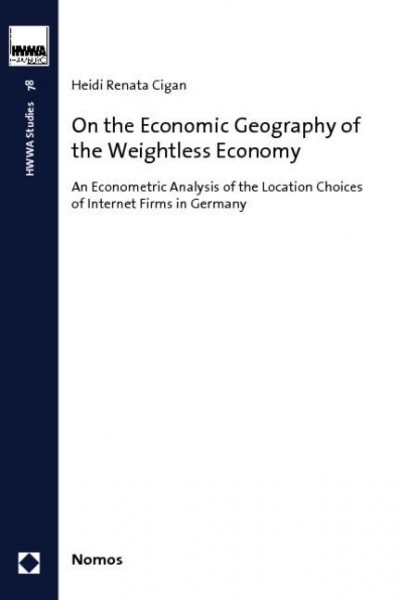 On the Economic Geography of the Weightless Economy

Rapid technological progress in the area of ICT means that we are living in a world that can increasingly be described as weightless. Whereas firms used to base production on the input of physical things, today it is increasingly based on knowledge, which in itself has no physical form. How this process will effect the location of firms and industries is as yet not well understood. Theoretical literature on the subject is not conclusive and, thus far, little empirical literature exists. In order to throw more light on the subject, this study econometrically analyses the location decisions of new Internet firms in Germany over the period 1998-2001 and compares them to those of other start-ups. The econometric methods used include both discrete choice as well as spatial econometric methods, which allow us to take into account possible spatial dependencies in the data. The results show that the location choice is still important and that Internet firms are highly agglomerated, largely due to locally limited knowledge spillovers. However, many of the factors influencing location decisions differ from those of non-weightless firms; with "soft" location factors playing a greater role. von Cigan, Heidi