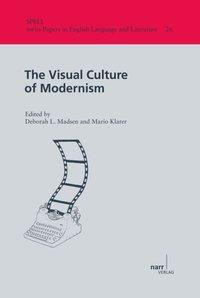 The Visual Culture of Modernism

The Visual Culture of Modernism

The Visual Culture of Modernism offers a wide-ranging exploration of intertextual relations that bring together artists, artistic forms and artistic periods in response to the question: what is the relevance of early twentieth-century American Modernism to our present historical moment? Scholars from Europe and America develop responses to this question based on the philosophical heritage of modernity and in the context of the range of Modernist cultural praxis. The essays collected here explore links between literary and cultural Modernism, the relationship between the concepts of modernity and Modernism, and the legacy of Modernism in the late twentieth century and the contemporary period. Cinema, cinematic paratexts, television, the visual arts of painting and photography, poetry, fiction, and drama are among the artistic forms discussed in terms of issues ranging from cinematic and stage reinterpretations of Modernist literary texts to the genre of televisual melodrama and the trope of racial passing. The essays argue that visuality remains an urgent concern, from the Modernist period to our present age of media revolution.