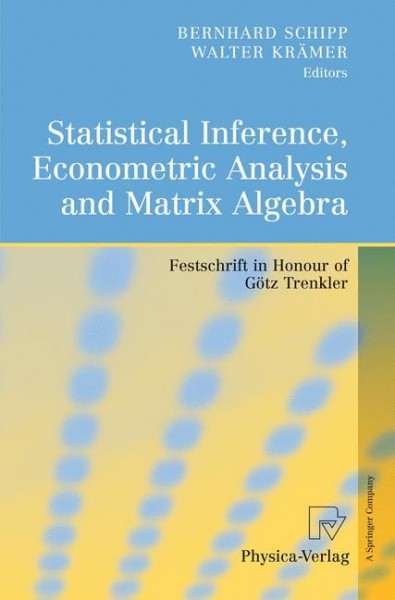 This Festschrift is dedicated to Götz Trenkler on the occasion of his 65th birthday. As can be seen from the long list of contributions, Götz has had and still has an enormous range of interests, and colleagues to share these interests with. He is a leading expert in linear models with a particular focus on matrix algebra in its relation to statistics. He has published in almost all major statistics and matrix theory journals. His research activities also include other areas (like nonparametrics, statistics and sports, combination of forecasts and magic squares, just to mention afew). Götz Trenkler was born in Dresden in 1943. After his school years in East G- many and West-Berlin, he obtained a Diploma in Mathematics from Free University of Berlin (1970), where he also discovered his interest in Mathematical Statistics. In 1973, he completed his Ph.D. with a thesis titled: On a distance-generating fu- tion of probability measures. He then moved on to the University of Hannover to become Lecturer and to write a habilitation-thesis (submitted 1979) on alternatives to the Ordinary Least Squares estimator in the Linear Regression Model, a topic that would become his predominant ?eld of research in the years to come. von Schipp, Bernhard