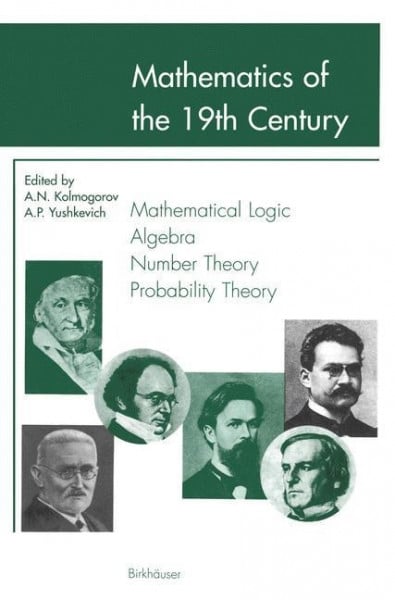 Mathematics of the 19th Century

This multi-authored effort, Mathematics of the nineteenth century (to be fol­ lowed by Mathematics of the twentieth century), is a sequel to the History of mathematics from antiquity to the early nineteenth century, published in three volumes from 1970 to 1972. 1 For reasons explained below, our discussion of twentieth-century mathematics ends with the 1930s. Our general objectives are identical with those stated in the preface to the three-volume edition, i. e. , we consider the development of mathematics not simply as the process of perfecting concepts and techniques for studying real-world spatial forms and quantitative relationships but as a social process as well. Mathematical structures, once established, are capable of a certain degree of autonomous development. In the final analysis, however, such immanent mathematical evolution is conditioned by practical activity and is either self-directed or, as is most often the case, is determined by the needs of society. Proceeding from this premise, we intend, first, to unravel the forces that shape mathe­ matical progress. We examine the interaction of mathematics with the social structure, technology, the natural sciences, and philosophy. Through an anal­ ysis of mathematical history proper, we hope to delineate the relationships among the various mathematical disciplines and to evaluate mathematical achievements in the light of the current state and future prospects of the science. The difficulties confronting us considerably exceeded those encountered in preparing the three-volume edition. von Kolmogorov, A. N. und Yushkevich, A. P. und Shenitzer, A. und Grant, H. und Sheinin, O. B.