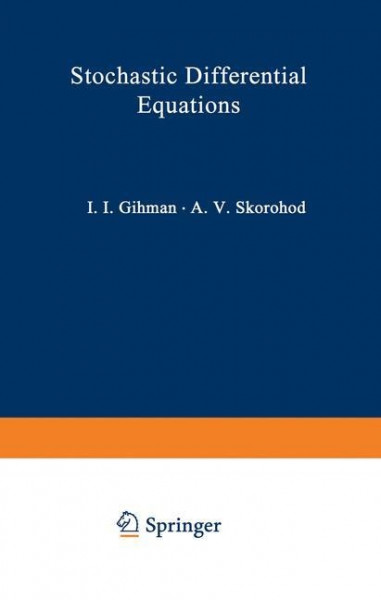 Stochastic differential equations whose solutions are diffusion (or other random) processes have been the subject of lively mathematical research since the pioneering work of Gihman, Ito and others in the early fifties. As it gradually became clear that a great number of real phenomena in control theory, physics, biology, economics and other areas could be modelled by differential equations with stochastic perturbation terms, this research became somewhat feverish, with the results that a) the number of theroretical papers alone now numbers several hundred and b) workers interested in the field (especially from an applied viewpoint) have had no opportunity to consult a systematic account. This monograph, written by two of the world's authorities on prob­ ability theory and stochastic processes, fills this hiatus by offering the first extensive account of the calculus of random differential equations de­ fined in terms of the Wiener process. In addition to systematically ab­ stracting most of the salient results obtained thus far in the theory, it includes much new material on asymptotic and stability properties along with a potentially important generalization to equations defined with the aid of the so-called random Poisson measure whose solutions possess jump discontinuities. Although this monograph treats one of the most modern branches of applied mathematics, it can be read with profit by anyone with a knowledge of elementary differential equations armed with a solid course in stochastic processes from the measure-theoretic point of view. von Gihman, Iosif I. und Skorohod, Anatolij V. und Mitropolski, Yurij A. und Wickwire, K.