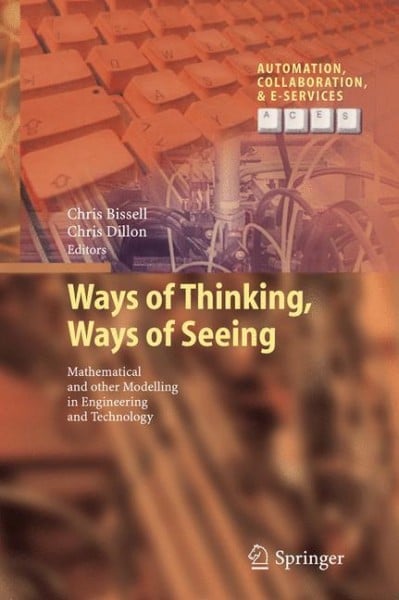 Ways of Thinking, Ways of Seeing

Ways of Thinking, Ways of Seeing
Mathematical and other Modelling in Engineering and Technology

This fascinating book examines some of the characteristics of technological/engineering models that are likely to be unfamiliar to those who are interested primarily in the history and philosophy of science and mathematics, and which differentiate technological models from scientific and mathematical ones. Themes that are highlighted include: . the role of language: the models developed for engineering design have resulted in new ways of talking about technological systems . communities of practice: related to the previous point, particular engineering communities have particular ways of sharing and developing knowledge . graphical (re)presentation: engineers have developed many ways of reducing quite complex mathematical models to more simple representations . reification: highly abstract mathematical models are turned into 'objects' that can be manipulated almost like components of a physical system . machines: not only the currently ubiquitous digital computer, but also older analogue devices - slide rules, physical models, wind tunnels and other small-scale simulators, as well as mechanical, electrical and electronic analogue computers . mathematics and modelling as a bridging tool between disciplines This book studies primarily modelling in technological practice. It is worth noting that models of the type considered in the book are not always highly valued in formal engineering education at university level, which often takes an "applied science" approach close to that of the natural sciences (something that can result in disaffection on the part of students). Yet in an informal context, such as laboratories, industrial placements, and so on, a very different situation obtains. A number of chapters considers such epistemological aspects, as well as the status of different types of models within the engineering education community. The book will be of interest to practising engineers and technologists; sociologists of science and technology; and historians and philosophers of science and mathematics. It will also be written in a way that will be accessible to non-specialists. von Bissell, Chris