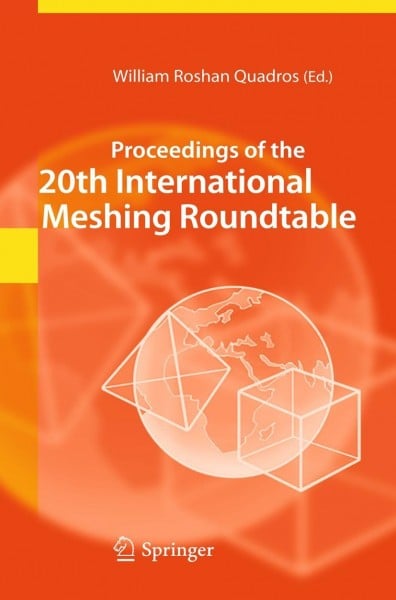 This volume contains the articles presented at the 20th International Meshing Roundtable (IMR) organized, in part, by Sandia National Laboratories and was held in Paris, France on Oct 23-26, 2011. This is the first year the IMR was held outside the United States territory. Other sponsors of the 20th IMR are Systematic Paris Region Systems & ICT Cluster, AIAA, NAFEMS, CEA, and NSF. The Sandia National Laboratories started the first IMR in 1992, and the conference has been held annually since. Each year the IMR brings together researchers, developers, and application experts, from a variety of disciplines, to present and discuss ideas on mesh generation and related topics. The topics covered by the IMR have applications in numerical analysis, computational geometry, computer graphics, as well as other areas, and the presentations describe novel work ranging from theory to application.     von Quadros, William Roshan