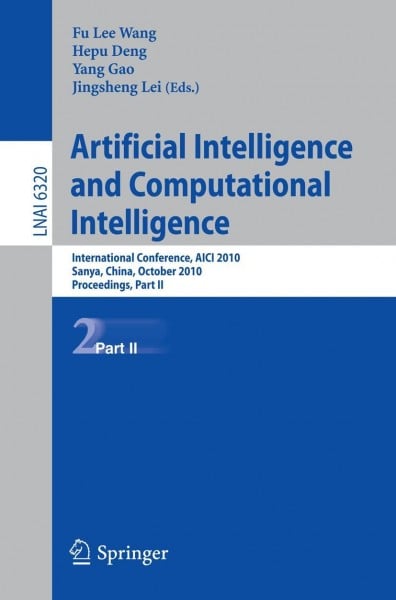 The 2010 International Conference on Artificial Intelligence and Computational Intelligence (AICI 2010) was held October 23-24, 2010 in Sanya, China. The AICI 2010 received 1,216 submissions from 20 countries and regions. After rigorous reviews, 105 high-quality papers were selected for publication in the AICI 2010 proceedings. The acceptance rate was 8%. The aim of AICI 2010 was to bring together researchers working in many different areas of artificial intelligence and computational intelligence to foster the exchange of new ideas and promote international collaborations. In addition to the large number of submitted papers and invited sessions, there were several internationally well-known keynote speakers. On behalf of the Organizing Committee, we thank Hainan Province Institute of Computer and Qiongzhou University for its sponsorship and logistics support. We also thank the members of the Organizing Committee and the Program Committee for their hard work. We are very grateful to the keynote speakers, invited session organizers, session chairs, reviewers, and student helpers. Last but not least, we thank all the authors and participants for their great contributions that made this conference possible. von Wang, Fu Lee und Deng, Hepu und Lei, Jingsheng