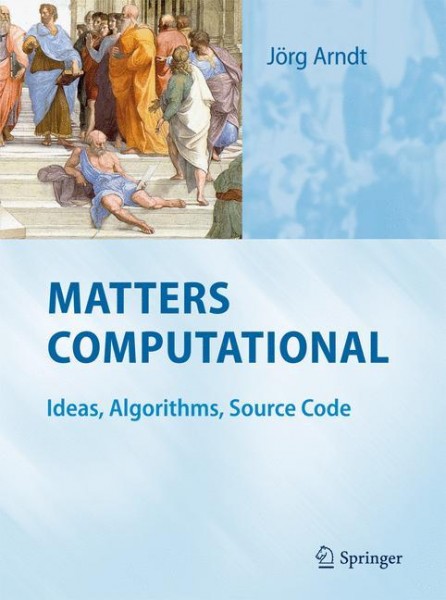 This book provides algorithms and ideas for computationalists. Subjects treated include low-level algorithms, bit wizardry, combinatorial generation, fast transforms like the Fourier transform, and fast arithmetic for both real numbers and finite fields. Various optimization techniques are described and the actual performance of many given implementations is examined. The focus is on material that does not usually appear in textbooks on algorithms. The implementations are done in C++ and the GP language, written for POSIX-compliant platforms such as the Linux and BSD operating systems. von Arndt, Jörg

Jörg Arndt: born 1964 in Berlin, Germany. Study of theoretical physics at the University of Bayreuth, and the Technical University of Berlin, Diploma in 1995. PhD in Mathematics, supervised by Richard Brent, at the Australian National University, Canberra, in 2010.