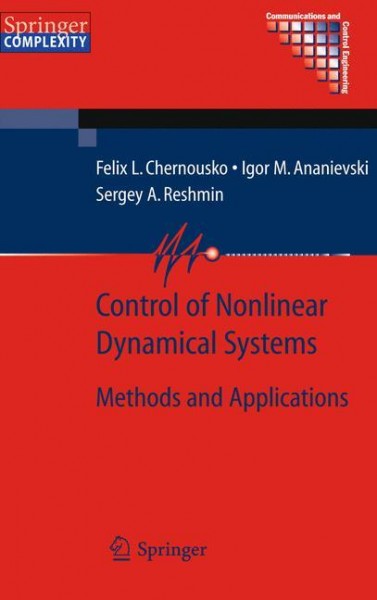 This book is devoted to new methods of control for complex dynamical systems and deals with nonlinear control systems having several degrees of freedom, subjected to unknown disturbances, and containing uncertain parameters. Various constraints are imposed on control inputs and state variables or their combinations. The book contains an introduction to the theory of optimal control and the theory of stability of motion, and also a description of some known methods based on these theories. Major attention is given to new methods of control developed by the authors over the last 15 years. Mechanical and electromechanical systems described by nonlinear Lagrange's equations are considered. General methods are proposed for an effective construction of the required control, often in an explicit form. The book contains various techniques including the decomposition of nonlinear control systems with many degrees of freedom, piecewise linear feedback control based on Lyapunov's functions, methods which elaborate and extend the approaches of the conventional control theory, optimal control, differential games, and the theory of stability. The distinctive feature of the methods developed in the book is that the c- trols obtained satisfy the imposed constraints and steer the dynamical system to a prescribed terminal state in ?nite time. Explicit upper estimates for the time of the process are given. In all cases, the control algorithms and the estimates obtained are strictly proven. von Chernousko, F. L. und Ananievski, I. M. und Reshmin, S. A.