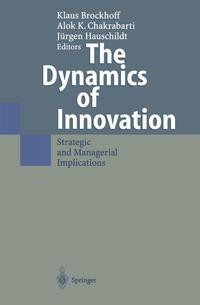 The Dynamics of Innovation

The Dynamics of Innovation
Strategic and Managerial Implications

Jorg Bensinger, a group head of Audi corporation's R&D depart­ ment, had been waiting for long to find a chance to advertise his idea of a four-wheel drive for passenger cars to one of the board mem­ bers. Favorable experiences had been collected in drive tests with the lItis, a jeep-like car developed for use in the German army. The ex­ periences showed extremely good performance on icy roads and in snow. Bensinger's chance came in February of 1977, when he could talk to Ferdinand Piech, then R&D vice president of Audi and a technology buff. At this time Audi wasn't quite considered as a tech­ nological leader in the public. Technology based innovations were expected from Mercedes or Porsche by many customers. Piech, Ben­ singer, and others sensed that introducing the four-wheel drive to passenger cars could initiate a strategic change. Under great secrecy development work and prototype construction were commissioned. One obstacle seemed to be space requirements for the gear-box. Hans Nedvidek, former race-track engineer in the Mercedes team, was assigned to the team, and he developed an ingenious solution to the problem. It took until September of 1977 until other board mem­ bers were informed, and after some rallying the board found a con­ sensus in the next month to authorize further development steps for a four-wheel drive car. However, Audi is a subsidiary of Volkswagen Corp. The accord of the much bigger mother had to be secured. von Brockhoff, Klaus und Chakrabarti, Alok K. und Hauschildt, Jürge