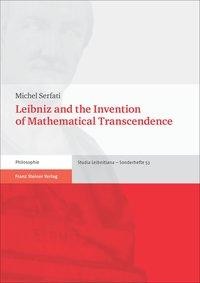 Leibniz and the Invention of Mathematical Transcendence

Leibniz and the Invention of Mathematical Transcendence

The invention of mathematical transcendence in the seventeenth century is linked to Leibniz, who always claimed it to be his own creation. However, Descartes had created a completely new symbolic frame in which one considers plane curves, which was a real upheaval. Leibniz initially appreciated this Cartesian frame. Although, as we see in the book, during his research he was confronted with inexpressible contexts he then called 'transcendent'. The development of a concept of mathematical transcendence is at the core of this book. The description follows a pragmatic path by highlighting how and why aspects of the concept were developed and which obstacles were encountered by mathematicians. Also, there were some dead ends which are described here. Leibniz exceeded Descartes' ideas on a symbolical level (transcendent expressions), a geometrical level (transcendent curves) as well as a numerical level (transcendent numbers) those are also examined in detail. von Serfati, Michel

Michel Serfati is Professor of the Higher Chair of Mathematics (Emeritus); for twenty-five years he runs the seminar of Epistemology and History of Mathematical Ideas of the IREM at Paris VII University, which is held at the Institut Henri Poincaré.