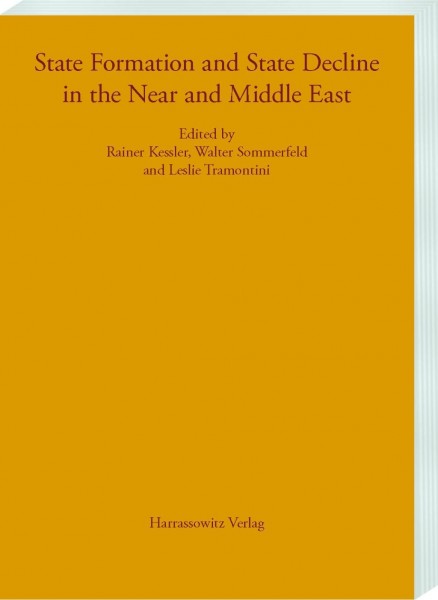 State Formation and State Decline in the Near and Middle East

State Formation and State Decline in the Near and Middle East

At present, numerous Middle Eastern states experience turmoil, uprisings, and crises. Chaos, civil war, and vain negotiations seem to indicate the beginning of massive state decline and the end of the Middle East as we have known it. Discussing state formation and state decline in a historical perspective renders important insights into the region's inner mechanisms: The Near and Middle East is one of the regions in which the earliest state formations of humanity took place; its 5,000 years of history provide many examples of the formation, the continuity, and the decline of states. History carries its consequences into the present, and current zones of conflict cannot be understood without an in-depth understanding of its historical roots. The volume State Formation and State Decline in the Near and Middle East provides a broad overview of the Middle East's diverse history and development. While not aiming at explaining the manifold reasons of the region's current fragility, the contributions focus on the material prerequisites, the social, political, and cultural factors that influence the formation, consolidation, or decline of states. von Kessler, Rainer