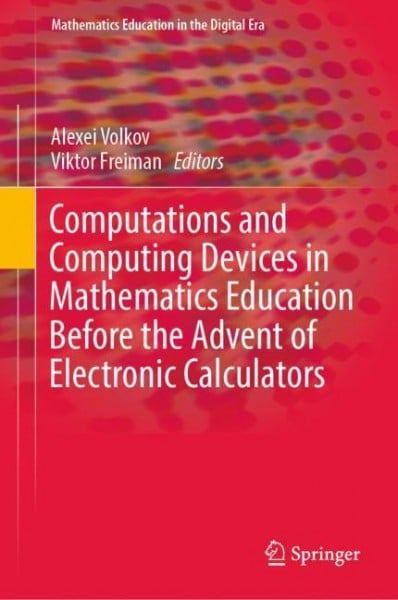 This volume traces back the history of interaction between the "computational" or "algorithmic" aspects of elementary mathematics and mathematics education throughout ages. More specifically, the examples of mathematical practices analyzed by the historians of mathematics and mathematics education who authored the chapters in the present collection show that the development (and, in some cases, decline) of counting devices and related computational practices needs to be considered within a particular context to which they arguably belonged, namely, the context of mathematics instruction; in their contributions the authors also explore the role that the instruments played in formation of didactical approaches in various mathematical traditions, stretching from Ancient Mesopotamia to the 20th century Europe and North America. von Volkov, Alexei

Alexei Volkov is Professor of the Center for General Education of the National Tsing-Hua University (Hsinchu, Taiwan). He received his PhD degree in history of mathematics from the Institute for History of Science and Technology of the Soviet (Russian) Academy of Sciences in 1989, and since then has been working on the history of mathematics, history of mathematics education and history of science in East and Southeast Asia, in particular, in pre-modern China and Vietnam. Viktor Freiman, Ph. D. in teaching computer science is Full Professor at the Université de Moncton, Canada. His main research interests, besides the history of mathematics education, focuses on innovations in teaching and learning, STEAM-education, mathematical giftedness, problem solving, virtual learning communities, as well as digital literacy. He is director of the CompéTICA Partnership Network, funded by the Social Sciences and Humanities Research Council of Canada (2014-2017) to investigate digital competence development in the life-long perspective. He is also co-editor of the book Series Mathematics Education in the Digital Era (since 2014).