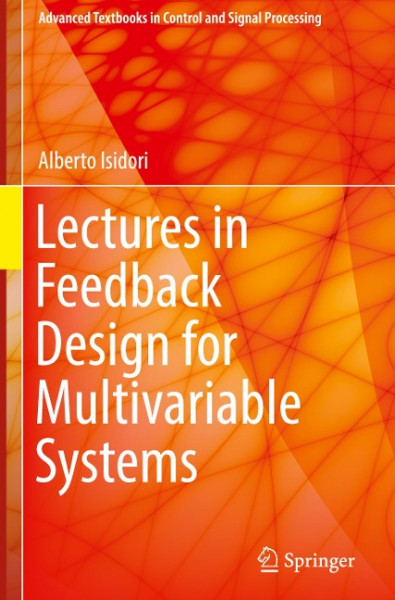 This book focuses on methods that relate, in one form or another, to the "small-gain theorem". It is aimed at readers who are interested in learning methods for the design of feedback laws for linear and nonlinear multivariable systems in the presence of model uncertainties. With worked examples throughout, it includes both introductory material and more advanced topics. Divided into two parts, the first covers relevant aspects of linear-systems theory, the second, nonlinear theory. In order to deepen readers' understanding, simpler single-input-single-output systems generally precede treatment of more complex multi-input-multi-output (MIMO) systems and linear systems precede nonlinear systems. This approach is used throughout, including in the final chapters, which explain the latest advanced ideas governing the stabilization, regulation, and tracking of nonlinear MIMO systems. Two major design problems are considered, both in the presence of model uncertainties: asymptotic stabilization with a "guaranteed region of attraction" of a given equilibrium point and asymptotic rejection of the effect of exogenous (disturbance) inputs on selected regulated outputs. Much of the introductory instructional material in this book has been developed for teaching students, while the final coverage of nonlinear MIMO systems offers readers a first coordinated treatment of completely novel results. The worked examples presented provide the instructor with ready-to-use material to help students to understand the mathematical theory. Readers should be familiar with the fundamentals of linear-systems and control theory. This book is a valuable resource for students following postgraduate programs in systems and control, as well as engineers working on the control of robotic, mechatronic and power systems. von Isidori, Alberto

Alberto Isidori obtained his degree in Electrical Engineering (EE) from the University of Rome in 1965. From 1975 to 2012, he was Professor of Automatic Control there and is now Professor Emeritus. His research interests are primarily in analysis and design of nonlinear control systems. He is the author of several books, such as the highly cited "Nonlinear Control Systems". He is the recipient of various prestigious awards, including the IFAC Giorgio Quazza Medal (in 1996), the Ktesibios Award (in 2000), the Bode Lecture Award from the IEEE Control Systems Society (in 2001), an Honorary Doctorate from KTH of Sweden (in 2009), the Galileo Galilei Award from the Rotary Clubs of Italy (in 2009), and the IEEE Control Systems Award (in 2012). In 2012 he was also elected corresponding member of the Accademia Nazionale dei Lincei. He is the recipient of awards for best papers published in the "IEEE Transactions on Automatic Control" and in "Automatica", twice for each journal. In 1986 he was elected a Fellow of IEEE, and in 2005 he was elected a Fellow of IFAC. He was the President of IFAC in the triennium 2008-2011.