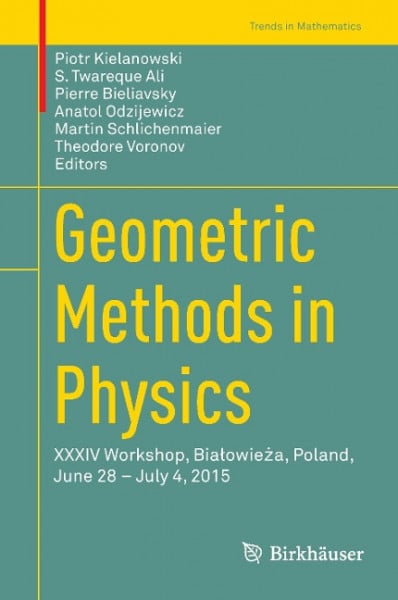 This book features a selection of articles based on the XXXIV Bialowieza Workshop on Geometric Methods in Physics, 2015. The articles presented are mathematically rigorous, include important physical implications and address the application of geometry in classical and quantum physics. Special attention deserves the session devoted to discussions of Gerard Emch's most important and lasting achievements in mathematical physics. The Bialowieza workshops are among the most important meetings in the field and gather participants from mathematics and physics alike. Despite their long tradition, the Workshops remain at the cutting edge of ongoing research. For the past several years, the Bialowieza Workshop has been followed by a School on Geometry and Physics, where advanced lectures for graduate students and young researchers are presented. The unique atmosphere of the Workshop and School is enhanced by the venue, framed by the natural beauty of the Bialowieza forest in eastern Poland. von Kielanowski, Piotr und Ali, S. Twareque und Bieliavsky, Pierre und Odzijewicz, Anatol und Schlichenmaier, Martin und Voronov, Theodore