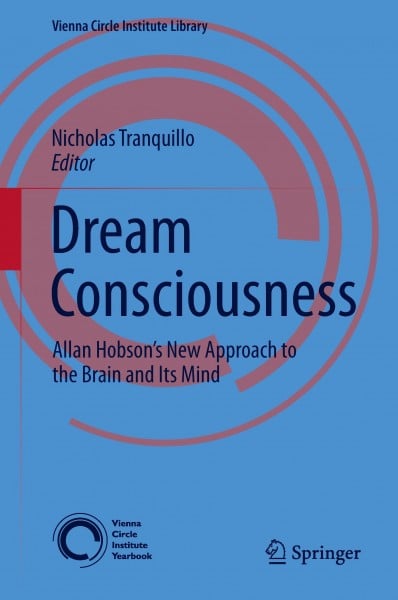 Dream Consciousness
A New Approach to the Brain and Its Mind

This book presents three lectures by Allan Hobson, entitled "The William James Lectures on Dream Consciousness". The three lectures expose the new psychology, the new physiology and the new philosophy that derive from and support the protoconsciousness hypothesis of dreaming. They review in detail many of the studies on sleep and dreaming conducted since the days of Sigmund Freud. Following the lectures are commentaries written by scholars whose expertise covers a wide range of scientific disciplines including, but not limited to, philosophy, psychology, neurology, neuropsychology, cognitive science, biology and animal sciences. The commentaries each answer a specific question in relation to Hobson's lectures and his premise that dreaming is an altered state of consciousness. Capitalizing on a vast amount of data, the lectures and commentaries provide undisputed evidence that sleep consists of a well-organized sequence of subtly orchestrated brain states that undoubtedly play a crucial function in the maintenance of normal brain functions. These functions include both basic homeostatic processes necessary to keep the organism alive as well as the highest cognitive functions including perception, decision making, learning and consciousness. von Tranquillo, Nicholas

Allan Hobson (author) is an Emeritus Professor of Psychiatry at Harvard Medical School where he conducted research on Sleep and Dreaming as the Director of the Laboratory of Neurophysiology at the Massachusetts Mental Health Center. This book represents his thinking about human consciousness as expressed in the William James Lectures at Roehampton University. He has written 12 previous books and published over 200 original scientific articles. He indulges his interests in art and architecture at his US home East Burke, Vermont and with his Italian family in Messina, Sicily.Nicholas Tranquillo (editor) has been associated with Allan Hobson since 1997 when he was a student in Psychology E1450, The Biopsychology of Waking, Sleeping and Dreaming. Over the intervening years, he has served as the manager of the Laboratory of Neurophysiology at Harvard Medical School. In addition, he has been deeply involved and responsible for manuscript production having worked on six successful books. In the preparation of the present volume, he solicited and edited the commentaries as well as taking full responsibility for readying the book for publication. Complimenting his academic interests are commitments to culinary creation, remote and exotic travel and the love of opera. He lives in Salem, New Hampshire.