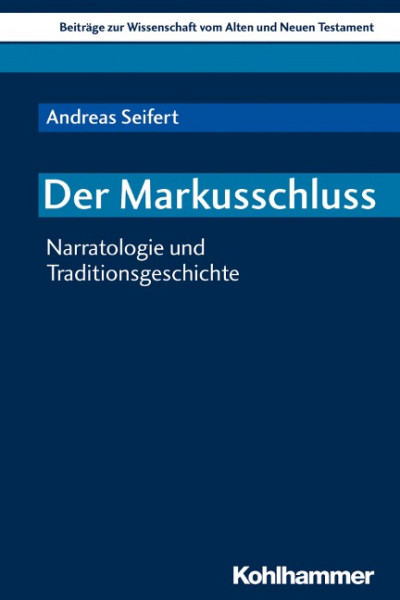 The original conclusion of the Gospel of Mark has always been a subject of debate and already led early groups of recipients of the text to devise alternative endings. The present study carries out a methodologically guided narratological analysis of the end of the Gospel of Mark that leads to tradition-historical comparison with narrative texts from the literary milieu of the second Gospel. On this basis, it defines the functioning of Mk 16.1&8 within the context of the overall narrative. An analytical model is then developed through an engagement with approaches from classical philology and literary studies, with the help of which it becomes possible to systematize the narrative conclusions of early Christian texts. von Seifert, Andreas

Dr. Andreas Seifert worked as a research assistant at the Chair for New Testament and Judaism Studies in the Faculty of Protestant Theology at the University of Bochum, where he received his doctorate in 2018.