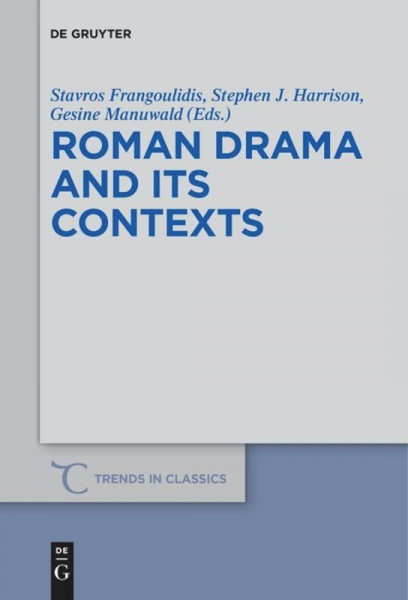 Roman Drama and its Contexts

Roman Drama and its Contexts

Roman plays have been well studied individually (even including fragmentary or spurious ones more recently). However, they have not always been placed into their 'context', though plays (just like items in other literary genres) benefit from being seen in context. This edited collection aims to address this issue: it includes 33 contributions by an international team of scholars, discussing single plays or Roman dramatic genres (including comedy, tragedy and praetexta, from both the Republican and imperial periods) in contexts such as the literary tradition, the relationship to works in other literary genres, the historical and social situation, the intellectual background or the later reception. Overall, they offer a rich panorama of the role of Roman drama or individual plays in Roman society and literary history. The insights gained thereby will be of relevance to everyone interested in Roman drama or literature more generally, comparative literature or drama and theatre studies. This contextual approach has the potential of changing the way in which Roman drama is viewed. von Frangoulidis, Stavros und Harrison, Stephen J. und Manuwald, Gesine