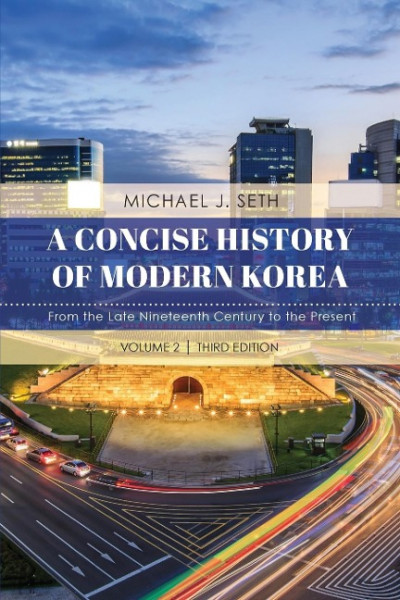 Now in a fully revised and updated edition including new primary sources and illustrations, this comprehensive and balanced history of modern Korea explores the social, economic, and political issues it has faced since being catapulted into the wider world at the end of the nineteenth century. Placing this formerly insular society in a global context, Michael J. Seth describes how this ancient, culturally and ethnically homogeneous society first fell victim to Japanese imperialist expansionism, and then was arbitrarily divided in half after World War II. Seth traces the postwar paths of the two Koreas-with different political and social systems and different geopolitical orientations-as they evolved into sharply contrasting societies. South Korea, after an unpromising start, became one of the few postcolonial developing states to enter the ranks of the first world, with a globally competitive economy, a democratic political system, and a cosmopolitan and dynamic culture. By contrast, North Korea became one of the world's most totalitarian and isolated societies, a nuclear power with an impoverished and famine-stricken population. Considering the radically different and historically unprecedented trajectories of the two Koreas, Seth assesses the insights they offer for understanding not only modern Korea but the broader perspective of world history. All readers looking for a balanced, knowledgeable history will be richly rewarded with this clear and concise book. von Seth, Michael J.