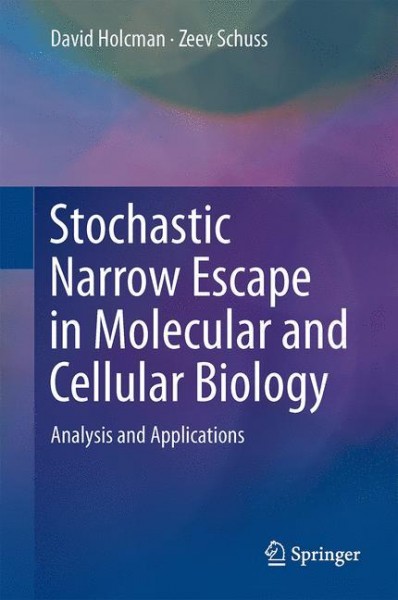 This book covers recent developments in the non-standard asymptotics of the mathematical narrow escape problem in stochastic theory, as well as applications of the narrow escape problem in cell biology. The first part of the book concentrates on mathematical methods, including advanced asymptotic methods in partial equations, and is aimed primarily at applied mathematicians and theoretical physicists who are interested in biological applications. The second part of the book is intended for computational biologists, theoretical chemists, biochemists, biophysicists, and physiologists. It includes a summary of output formulas from the mathematical portion of the book and concentrates on their applications in modeling specific problems in theoretical molecular and cellular biology.Critical biological processes, such as synaptic plasticity and transmission, activation of genes by transcription factors, or double-strained DNA break repair, are controlled by diffusion in structures that have both large and small spatial scales. These may be small binding sites inside or on the surface of the cell, or narrow passages between subcellular compartments. The great disparity in spatial scales is the key to controlling cell function by structure. This volume reports recent progress on resolving analytical and numerical difficulties in extracting properties from experimental data, biophysical models, and from Brownian dynamics simulations of diffusion in multi-scale structures. von Holcman, David und Schuss, Zeev