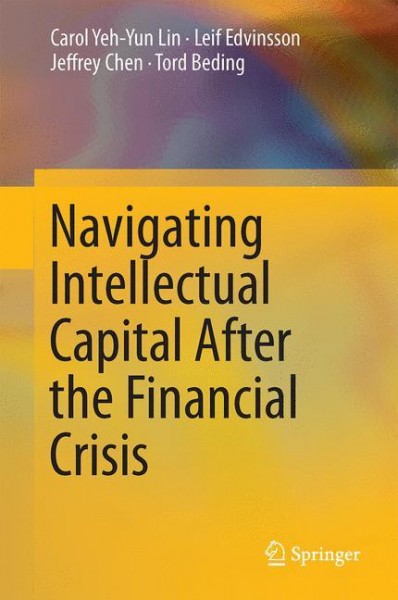 In the first decade of the twenty-first century, the biggest event of worldwide proportion was the 2008 global financial crisis, which was caused primarily by ineffective governance, failed surveillance systems and implementation flaws. While fiscal and monetary policies succeeded in pulling many countries out of a financial freefall, most economies have performed beneath pre-recession levels as governments continued to struggle with their finances.Examining the financial crisis from the viewpoint of intangible assets provides a different perspective from traditional economic approaches. National Intellectual Capital (NIC), comprised mainly of human capital, market capital, process capital, renewal capital and financial capital, is a valuable intangible asset and a key source of national competitive advantage in today's knowledge economy. The authors-pioneers in the field-present extensive data and a rigorous conceptual framework to analyze the connections between the global financial crisis and NIC development. Covering the period from 2005 to 2010 across 48 countries, the authors establish a positive correlation between NIC and GDP per capita and consider the impact of NIC investment for short-term recovery and long-term risk control and strategy formulation.This book summarizes and synthesizes the data presented in a series of eleven SpringerBriefs volumes on "National Intellectual Capital and the Financial Crisis," concerning the co-developments between NIC and GDP growth and describes the internal and external factors that influenced the relative success or failure of national strategies in weathering the crisis. The authors go on to explore the impacts of various policy reforms, including stimulus packages and consolidations employed around the world, with particular respect to the factors enhancing or impeding short-term recovery versus long-term growth. Finally, they propose a new model of "sustainable national intellectual capital" and challenge readers to consider how to pass on a healthy globe and harmonious society to the next generation. von Lin, Carol Yeh-Yun und Edvinsson, Leif und Chen, Jeffrey und Beding, Tor