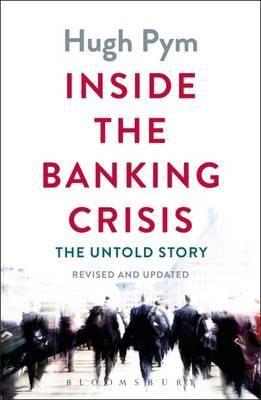 Inside the Banking Crisis

Inside the Banking Crisis
The Untold Story

Since the Lehmans debacle and the bailout of Halifax/Bank of Scotland and Royal Bank of Scotland (RBS), there has been a Financial Services Authority report on the collapse of RBS but no equivalent enquiry into the drama at HBOS, and no comprehensive investigation into the whole banking crisis. Featuring new interviews and commentary from key players who are speaking for the first time, this book is the definitive insider's guide to the UK banking crisis; the drama and characters involved in the astonishing collapse of some of the major pillars of British banking and the continuing impact on the economy.

Hugh Pym is Chief Economics Correspondent for BBC News and one of only a handful of broadcast correspondents to have covered the financial crisis from its origins in 2007 to the present. He is author of What Happened? And Other Questions Everyone is Askin