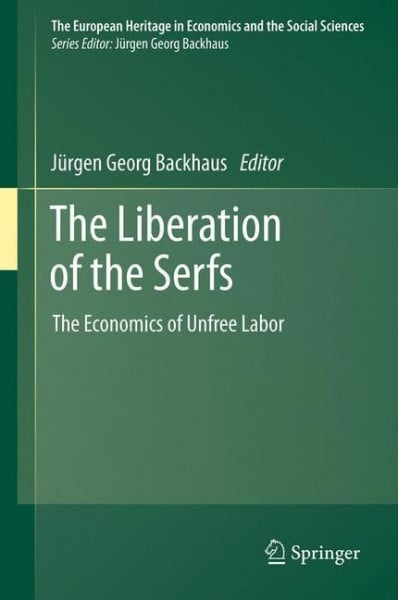 The Liberation of the Serfs

The Liberation of the Serfs
The Economics of Unfree Labor

In Europe, the liberation of the serfs was a project initiated in 1806 with a scheduled completion date of 1810. It was obvious to those who planned the project that the liberation of the serfs involved a complete overhaul of agriculture as it was then known as Europe moved from feudalism to capitalism. For this reason, Prussia was careful in implementing the reform, and did not rush, after seeing the Kingdom of Westphalia perishing under its crushing debt accumulated in part from Napoleon¿s failed Russian campaign.   The basic hypothesis of this book is that slave labor can never be efficient and will therefore disappear by itself. However, this process of disappearance can take many years. For instance, two generations after the importation of slaves to North America had ended, the states still fought over the issue, and this despite the fact that Ely Whitney had invented the Cotton Gin in 1793 and already then made slavery in cotton production literally superfluous.  While there have been several books on the economics of American slavery, few studies have examined this issue in an international context.  The contributions in this book address the economics of unfree labor in places like Prussia, Westphalia, Austria, Argentina and the British Empire.  The issue of slavery is still a hotly debated and widely studied issue, making this book of interest to academics in history, economics and African Studies alike. von Backhaus, Jürgen