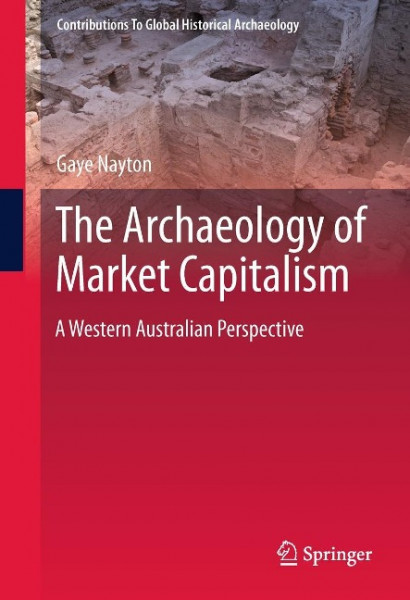 The Archaeology of Market Capitalism

The Archaeology of Market Capitalism
A Western Australian Perspective

The area claimed by the British Empire as Western Australia was primarily colonized through two major thrusts: the development of the Swan River Colony to the southwest in 1829, and the 1863 movement of Australian born settlers to colonize the northwest region. The Western Australian story is overwhelmingly the story of the spread of market capitalism, a narrative which is at the foundation of modern western world economy and culture. Due to the timing of settlement in Western Australia there was a lack of older infrastructure patterns based on industrial capitalism to evoke geographical inertia to modify and deform the newer system in many ways making the systemic patterns which grew out of market capitalist forces clearer and easier to delineate than in older settlement areas. However, the struggle between the forces of market capitalism, settlers and indigenous Australians over space, labor, physical and economic resources and power relationships are both unique to place and time and universal in allowing an understanding of how such complicated regional, interregional and global forces shape a settler society.Through an examination of historical records, town layout and architecture, landscape analysis, excavation data, and material culture analysis, the author created a nuanced understanding of the social, economic, and cultural developments that took place during this dynamic period in Australian history. In examining this complex settlement history, the author employed several different research methodologies in parallel, to create a comprehensive understanding of the area. Her research techniques will be invaluable to researchers struggling to understand similarly complex sociocultural evolutions throughout the globe. von Nayton, Gaye

Gaye Nayton is an archaeological consultant working in Western Australia. Her research interests encompass anything relevant to historical archaeology in a colonial context with particularly reference to colonialism, frontiers and systemic change. For 16 years she has been working within cultural heritage management to identify, protect and interpret the archaeological heritage of the state. This brings her in contact with a wide range of people and she particularly enjoy involving the public with archaeology through public outreach programs.