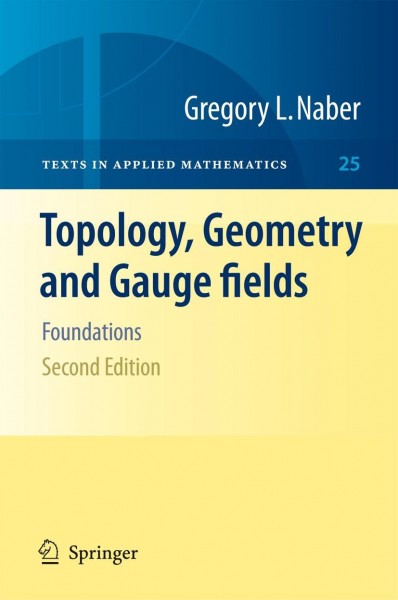 Like any books on a subject as vast as this, this book has to have a point-of-view to guide the selection of topics. Naber takes the view that the rekindled interest that mathematics and physics have shown in each other of late should be fostered, and that this is best accomplished by allowing them to cohabit. The book weaves together rudimentary notions from the classical gauge theory of physics with the topological and geometrical concepts that became the mathematical models of these notions. The reader is asked to join the author on some vague notion of what an electromagnetic field might be, to be willing to accept a few of the more elementary pronouncements of quantum mechanics, and to have a solid background in real analysis and linear algebra and some of the vocabulary of modern algebra. In return, the book offers an excursion that begins with the definition of a topological space and finds its way eventually to the moduli space of anti-self-dual SU(2) connections on S4 with instanton number -1. von Naber, Gregory L.