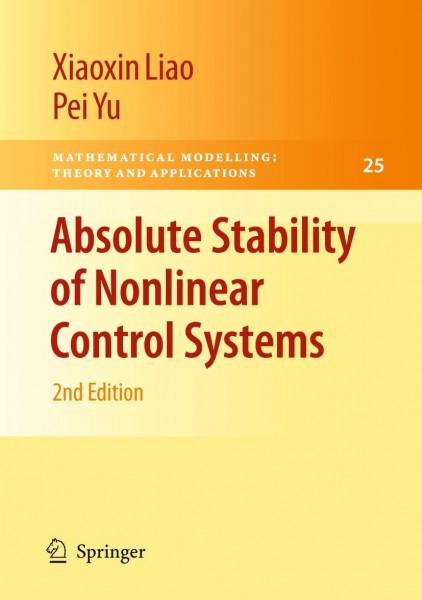 Following the recent developments in the field of absolute stability, Prof. Xiaoxin Liao, in conjunction with Prof. Pei Yu, has created a second edition of his seminal work on the subject. Liao begins with an introduction to the Lurie problem and Lurie control system, before moving on to the simple algebraic sufficient conditions for the absolute stability of autonomous and non-autonomous ODE systems, as well as several special classes of Lurie-type systems. The focus of the book then shifts toward the new results and research that have appeared in the decade since the first edition was published. This book is aimed to be used by undergraduates in the areas of applied mathematics, nonlinear control systems, and chaos control and synchronisation, but may also be useful as a reference for researchers and engineers. The book is self-contained, though a basic knowledge of calculus, linear system and matrix theory, and ordinary differential equations is a prerequisite. von Liao, Xiaoxin und Yu, Pei