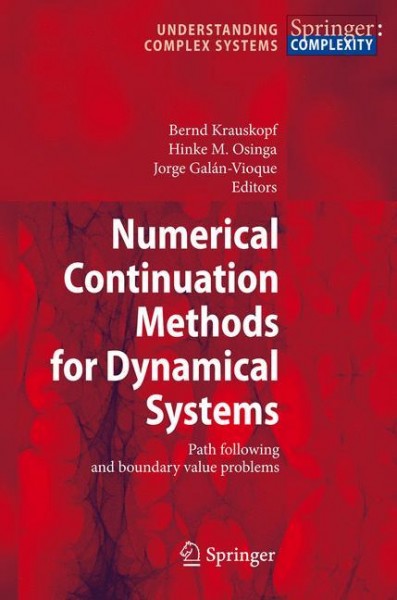 Path following in combination with boundary value problem solvers has emerged as a continuing and strong influence in the development of dynamical systems theory and its application. It is widely acknowledged that the software package AUTO - developed by Eusebius J. Doedel about thirty years ago and further expanded and developed ever since - plays a central role in the brief history of numerical continuation.This book has been compiled on the occasion of Sebius Doedel's 60th birthday. Bringing together for the first time a large amount of material in a single, accessible source, it is hoped that the book will become the natural entry point for researchers in diverse disciplines who wish to learn what numerical continuation techniques can achieve.The book opens with a foreword by Herbert B. Keller and lecture notes by Sebius Doedel himself that introduce the basic concepts of numerical bifurcation analysis. The other chapters by leading experts discuss continuation for various types of systems and objects and showcase examples of how numerical bifurcation analysis can be used in concrete applications. Topics that are treated include: interactive continuation tools, higher-dimensional continuation, the computation of invariant manifolds, and continuation techniques for slow-fast systems, for symmetric Hamiltonian systems, for spatially extended systems and for systems with delay. Three chapters review physical applications: the dynamics of a SQUID, global bifurcations in laser systems, and dynamics and bifurcations in electronic circuits. von Krauskopf, Bernd und Osinga, Hinke M. und Galan-Vioque, Jorge