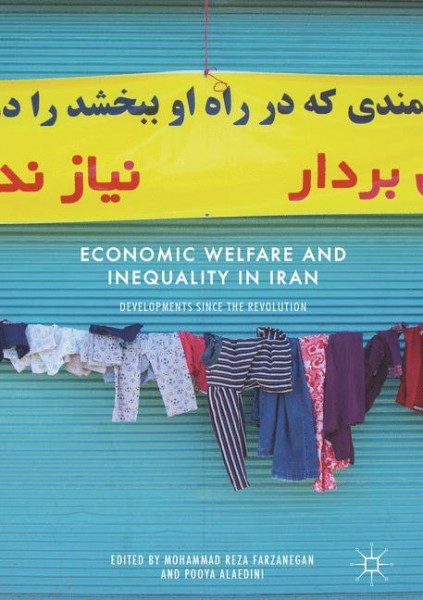 Economic Welfare and Inequality in Iran

Economic Welfare and Inequality in Iran
Developments since the Revolution

This book examines economic inequality and social disparity in Iran, together with their drivers, over the past four decades. During this period, income distribution and economic welfare were affected by the 1979 Revolution, the eight-year war with Iraq, post-war privatization and economic liberalization initiatives carried out under the Rafsanjani and Khatami administrations, the ascendance of a populist economic platform under the Ahmadinejad administration, and the lifting of energy and financial sanctions under the Rouhani administration. Featuring a mix of scholars, including Iranian academics who experienced these changes and are publishing in English for the first time, this collection offers quantitative and descriptive studies of the country's post-revolutionary economic development and disparities. In most chapters, a hypothesis is developed from existing theories or observations, which is then tested using available data. This unique combination of new voices, academic as well as personal experiences, and scientific methods will be a valuable addition to the library of the scholars of modern Iran's economy and society.

Mohammad Reza Farzanegan is Professor of Economics of the Middle East at the Center for Near and Middle Eastern Studies, Philipps-Universität Marburg, Germany. He is affiliated with MACIE (Marburg), CESifo (Munich) and ERF (Cairo). His recent publications