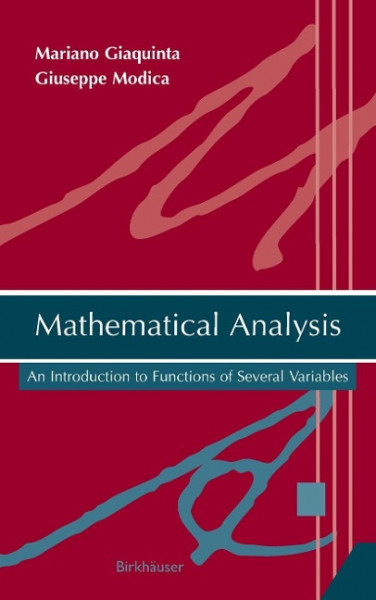 Mathematical Analysis
An Introduction to Functions of Several Variables

This superb and self-contained work is an introductory presentation of basic ideas, structures, and results of differential and integral calculus for functions of several variables. The wide range of topics covered include the differential calculus of several variables, including differential calculus of Banach spaces, the relevant results of Lebesgue integration theory, and systems and stability of ordinary differential equations. An appendix highlights important mathematicians and other scientists whose contributions have made a great impact on the development of theories in analysis. This text motivates the study of the analysis of several variables with examples, observations, exercises, and illustrations. It may be used in the classroom setting or for self-study by advanced undergraduate and graduate students and as a valuable reference for researchers in mathematics, physics, and engineering. von Giaquinta, Mariano und Modica, Giuseppe