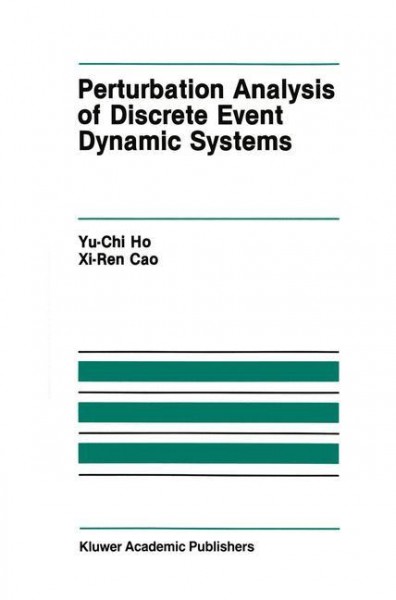 Dynamic Systems (DEDS) are almost endless: military C31 Ilogistic systems, the emergency ward of a metropolitan hospital, back offices of large insurance and brokerage fums, service and spare part operations of multinational fums . . . . the point is the pervasive nature of such systems in the daily life of human beings. Yet DEDS is a relatively new phenomenon in dynamic systems studies. From the days of Galileo to Newton to quantum mechanics and cosmology of the present, dynamic systems in nature are primarily differential equations based and time driven. A large literature and endless success stories have been built up on such Continuous Variable Dynamic Systems (CVDS). It is, however, equally clear that DEDS are fundamentally different from CVDS. They are event driven, asynchronous, mostly man-made and only became significant during the past generation. Increasingly, however, it can be argued that in the modem world our lives are being impacted by and dependent upon the efficient operations of such DEDS. Yet compared to the successful paradigm of differential equations for CVDS the mathematical modelling of DEDS is in its infancy. Nor are there as many successful and established techniques for their analysis and synthesis. The purpose of this series is to promote the study and understanding of the modelling, analysis, control, and management of DEDS. The idea of the series came from editing a special issue of the Proceedings of IEEE on DEOS during 1988.