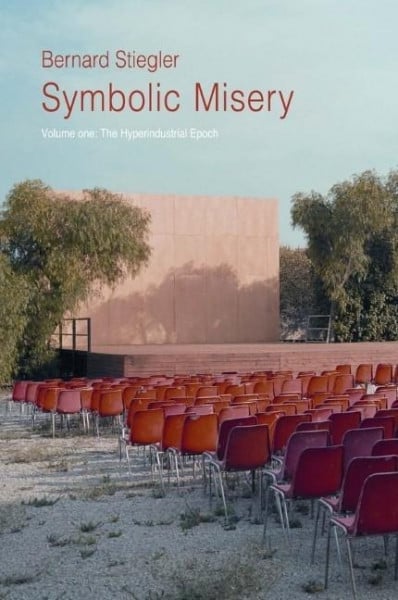 In this important new book, the leading cultural theorist and philosopher Bernard Stiegler re-examines the relationship between politics and aesthetics in our contemporary hyperindustrial age. Stiegler argues that our epoch is characterized by the seizure of the symbolic by industrial technology, where aesthetics has become both theatre and weapon in an economic war. This has resulted in a 'symbolic misery' where conditioning substitutes for experience. In today's control societies, aesthetic weapons play an essential role: audiovisual and digital technologies have become a means of controlling the conscious and unconscious rhythms of bodies and souls, of modulating the rhythms of consciousness and life. The notion of an aesthetic engagement, capable of founding a new communal sensibility and a genuine aesthetic community, has largely collapsed today. This is because the overwhelming majority of the population is now totally subjected to the aesthetic conditioning of marketing and therefore estranged from any experience of aesthetic inquiry. That part of the population that continues to experiment aesthetically has turned its back on those who live in the misery of this conditioning. Stiegler appeals to the art world to develop a political understanding of its role. In this volume he pays particular attention to cinema which occupies a unique position in the temporal war that is the cause of symbolic misery: at once industrial technology and art, cinema is the aesthetic experience that can combat conditioning on its own territory. This highly original work - the first in Stiegler's Symbolic Misery series - will be of particular interest to students in film studies, media and cultural studies, literature and philosophy and will consolidate Stiegler's reputation as one of the most original cultural theorists of our time. von Stiegler, Bernard

Bernard Stiegler is Director of Cultural Development at the Centre Pompidou in Paris.