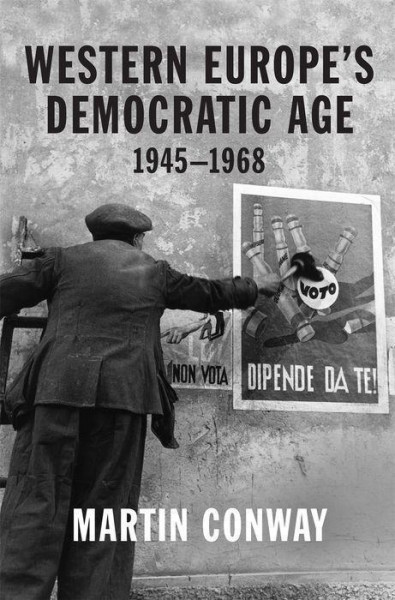 What happened in the years following World War II to create a democratic revolution in the western half of Europe? In Western Europe's Democratic Age, Martin Conway provides an innovative new account of how a stable, durable, and remarkably uniform model of parliamentary democracy emerged in Western Europe--and how this democratic ascendancy held fast until the latter decades of the twentieth century. Drawing on a wide range of sources, Conway describes how Western Europe's postwar democratic order was built by elite, intellectual, and popular forces. Much more than the consequence of the defeat of fascism and the rejection of Communism, this democratic order rested on universal male and female suffrage, but also on new forms of state authority and new political forces--primarily Christian and social democratic--that espoused democratic values. Above all, it gained the support of the people, for whom democracy provided a new model of citizenship, which reflected the aspirations of a more prosperous and aspirational society. von Conway, Martin

Martin Conway is Professor of Contemporary European History at the University of Oxford and Fellow and Tutor in History at Balliol College. He is the author of a number of books, including, most recently, The Sorrows of Belgium: Liberation and Political Reconstruction, 1944-1947.