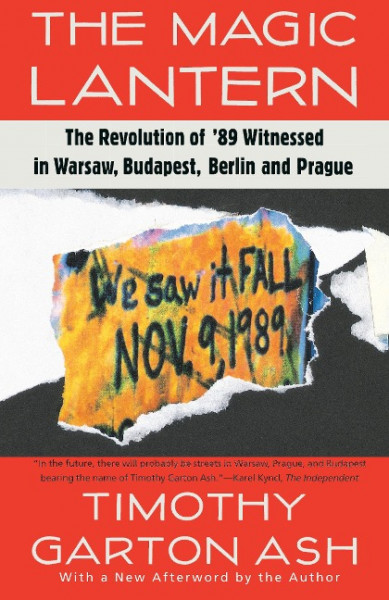 The Magic Lantern: The Revolution of '89 Witnessed in Warsaw, Budapest, Berlin, and Prague

The Magic Lantern: The Revolution of '89 Witnessed in Warsaw, Budapest, Berlin, and Prague

The Magic Lantern is one of those rare books that define a historic moment, written by a brilliant witness who was also a participant in epochal events. Whether covering Poland's first free parliamentary elections-in which Solidarity found itself in the position of trying to limit the scope of its victory-or sitting in at the meetings of an unlikely coalition of bohemian intellectuals and Catholic clerics orchestrating the liberation of Czechoslovakia, Garton Ash writes with enormous sympathy and power. This book is a stunningly evocative portrait of the revolutions that swept Communism from Eastern Europe in 1989 and whose aftereffects are still being felt today. As Garton Ash writes in an incisive new afterword, from the perspective of three decades later: "Freedom's battle is never finally won. It must be fought anew in every generation."

Timothy Garton Ash is the author of ten books of "history of the present" which have explored many facets of Europe over the last half-century. He is Professor of European Studies, University of Oxford, Isaiah Berlin Professorial Fellow at St Antony's Col