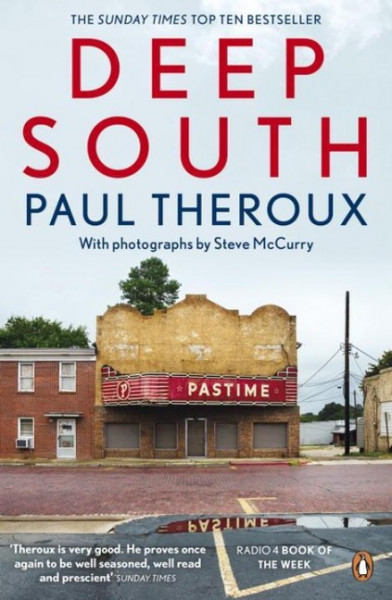 For the past fifty years, Paul Theroux has travelled to the far corners of the earth - to China, India, Africa, the Pacific Islands, South America, Russia, and elsewhere - and brought them to life in his cool, exacting prose. In Deep South he turns his gaze to a region much closer to his home.Travelling through North and South Carolina, Georgia, Tennessee, Mississippi, Alabama and Arkansas, Paul Theroux writes of the stunning landscapes he discovers - the deserts, the mountains, the Mississippi - and above all, the lives of the people he meets.The South is a place of contradictions. There is the warm, open spirit of the soul food cafes, found in every town, no matter how small. There is the ruined grandeur of numberless ghostly towns, long abandoned by the industries that built them. There are the state gun shows and the close-knit,subtly forlorn tribe of people who attend and run them. Deep in the heart of his native country, Theroux discovers a land more profoundly foreign than anything he has previously experienced. von Theroux, Paul und McCurry, Steve

Paul Theroux has written many works of fiction and travel writing, including the modern classics The Great Railway Bazaar, The Old Patagonian Express, My Secret History and The Mosquito Coast. He won the Edward Stanford Award for Outstanding Contribution to Travel Writing 2020. Paul Theroux divides his time between Cape Cod and the Hawaiian islands.