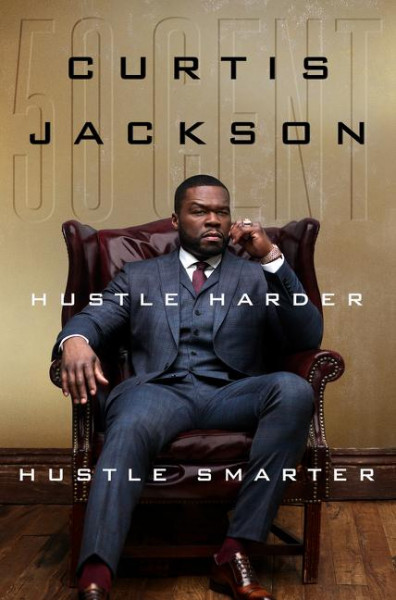 NEW YORK TIMES BESTSELLERFor the first time, Curtis "50 Cent” Jackson opens up about his amazing comeback—from tragic personal loss to thriving businessman and cable's highest-paid executive—in this unique self-help guide, his first since his blockbuster New York Times bestseller The 50th Law.In his early twenties Curtis Jackson, known as 50 Cent rose to the heights of fame and power in the cutthroat music business. A decade ago the multi-platinum selling rap artist decided to pivot. His ability to adapt to change was demonstrated when he became the executive producer and star of Power, a high-octane, gripping crime drama centered around a drug kingpin's family. The series quickly became "appointment” television, leading to Jackson inking a four-year, $150 million contract with the Starz network—the most lucrative deal in premium cable history.Now, in his most personal book, Jackson shakes up the self-help category with his unique, cutting-edge lessons and hard-earned advice on embracing change. Where The 50th Law tells readers "fear nothing and you shall succeed,” Hustle Harder, Hustle Smarter builds on this message, combining it with Jackson's street smarts and hard-learned corporate savvy to help readers successfully achieve their own comeback—and to learn to flow with the changes that disrupt their own lives. von Jackson, Curtis "50 Cent"

50 Cent, born Curtis James Jackson III, is an award-winning rapper, entrepreneur, actor and producer from Queens, New York. Recognized as one of the most talented and prolific music artists of his time, the Grammy Award winner rose to fame with his record-shattering debut album, Get Rich or Die Tryin' and has since sold more than 30 million albums worldwide and been awarded numerous prestigious accolades. Jackson has leveraged his star power to cross over with unparalleled success as an entrepreneur, actor and producer. From Get Rich or Die Tryin' being one of the fastest selling albums in history to creating one of the most influential deals in hip-hop with the sale of Vitaminwater, Jackson continues to break records. He currently has the critically-acclaimed #1 show on Starz, Power, in which he not only co-stars but also serves as executive producer and director.Jackson has carved out a thriving television and film career as both a best in class producer and star. In 2005, he founded G-Unit Film & Television, Inc. which has produced a wide variety of content across numerous platforms and sold a myriad of shows to various networks. Among these is Power, which premiered in June 2014. In October 2018, Jackson and Starz/Lionsgate closed an unprecedented deal for Jackson's G-Unit Film & Television, Inc. The partnership, touted as among the most significant deals to date for an Executive Producer in premium television will focus on expansion of the POWER universe, recently announced power spin-off Power Book II: Ghost, new scripted, non-scripted, feature and gaming/interactive development via Lionsgate. He also has in development new projects for the network, including BMF Starz, Intercepted Starz and Trill League Quibi/Lionsgate. ABC ordered the series For Life from Jackson, a serialized legal and family drama which premiered in February 2020. Jackson received a Hollywood Walk of Fame Star in January 2020. Additional credits include the variety show 50 Central on BET and The Oath on Sony Crackle the networks most-watched new original series. Jackson's successful film career has included roles in several blockbusters: most recently Den of Thieves, co-starring opposite Gerard Butler, which Jackson has signed on to produce the sequel along with Butler. Jackson has also appeared in Antoine Fuqua's boxing drama Southpaw, alongside Jake Gyllenhaal and Spy with Melissa McCarthy, and reprised his role in Escape Plan 3.The exceptional businessman serves as CEO of G-Unit Records, which he founded in 2003 and has since signed a host of multi-platinum artists. Jackson continues to dominate the charts with hits like the recently released Still Think I'm Nothing, and he is continuously recording new music. Jackson continues to extend his brand, which encompasses a broad spectrum of businesses including Sire Spirits which Jackson formed in 2016, a luxury Wine and Spirits company that owns Le Chemin du Roi Champagne and Branson Cognac. In 2018 Jackson joined forces for a strategic partnership with Viacom's Bellator.