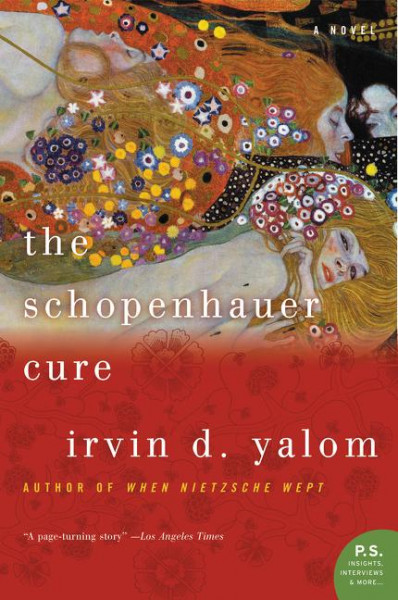 From the internationally bestselling author of Love's Executioner and When Nietzsche Wept, comes a novel of group therapy with a cast of memorably wounded characters struggling to heal pain and change livesSuddenly confronted with his own mortality after a routine checkup, eminent psychotherapist Julius Hertzfeld is forced to reexamine his life and work -- and seeks out Philip Slate, a sex addict whom he failed to help some twenty years earlier. Yet Philip claims to be cured -- miraculously transformed by the pessimistic teachings of German philosopher Arthur Schopenhauer -- and is, himself, a philosophical counselor in training. Philip's dour, misanthropic stance compels Julius to invite Philip to join his intensive therapy group in exchange for tutoring on Schopenhauer. But with mere months left, life may be far too short to help Philip or to compete with him for the hearts and minds of the group members. And then again, it might be just long enough. von Yalom, Irvin D.

Irvin D. Yalom, M.D., is the author of Love's Executioner, Momma and the Meaning of Life, Lying on the Couch, The Schopenhauer Cure, When Nietzsche Wept, as well as several classic textbooks on psychotherapy, including The Theory and Practice of Group Psychotherapy, considered the foremost work on group therapy. The Professor Emeritus of Psychiatry at Stanford University, he divides his practice between Palo Alto, where he lives, and San Francisco, California.