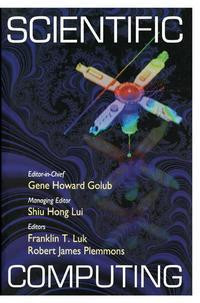 This book concerns modern methods in scientific computing and linear algebra, relevant to image and signal processing. For these applications, it is important to consider ingredients such as: (1) sophisticated mathematical models of the problems, including a priori knowledge, (2) rigorous mathematical theories to understand the difficulties of solving problems which are ill-posed, and (3) fast algorithms for either real-time or data-massive computations. Such are the topics brought into focus by these proceedings of the Workshop on Scientific Computing (held in Hong Kong on March 10-12, 1997, the sixth in such series of Workshops held in Hong Kong since 1990), where the major themes were on numerical linear algebra, signal processing, and image processing. von Golub, Gene H. und Shui-Hong, Lui und Franklin, T. Luk und Plemmons, Robert J.