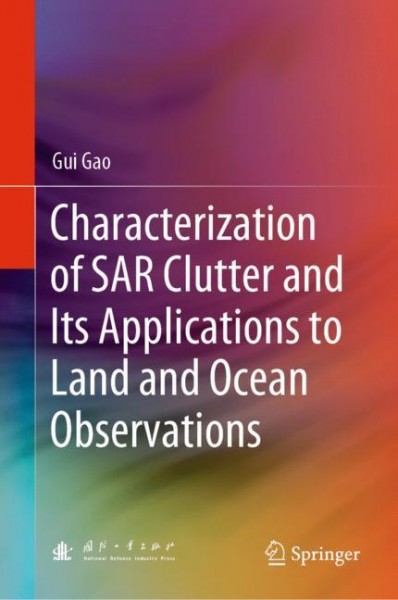 This book discusses statistical modeling of single- and multi-channel synthetic aperture radar (SAR) images and the applications of these newly developed models in land and ocean monitoring, such as target detection and terrain classification. It is a valuable reference for researchers and engineers interested in information processing of remote sensing, radar signal processing, and image interpretation. von Gao, Gui

Gui Gao received a B.S. in Information Engineering, and M.S. and Ph.D. degrees in remote sensing information processing from the National University of Defense Technology (NUDT), Changsha, China, in 2002, 2003 and 2007, respectively. In 2007, he joined the Faculty of Information Engineering, School of Electronic Science and Engineering, NUDT, where he is currently an Associate Professor. Since 2016, he has been a Distinguished Professor at the School of Information Science and Engineering, Central South University, Changsha, China. He has authored over 80 journal papers and written three books. His current research interests include SAR ATR (automatic target recognition), statistical modeling of SAR images, SAR ship detection, and SAR GMTI (ground moving target indication). Dr. Gao is a member of the IEEE Geoscience and Remote Sensing Society, the Applied Computational Electromagnetics Society, and the Chinese Institute of Electronics (CIE), and a member of the Young Scientist Forum of CIE. He received the Hunan Province Excellent Master's Thesis Award in 2006, the Chinese Army Excellent Doctoral Thesis Award in 2008, Outstanding Young People in NUDT and Hunan Province Award in 2014 and 2016, and the Natural Science in Hunan Province Award. He was also selected as one of the Young Talents of Hunan in 2016. He was the Lead Guest Editor of the International Journal of Antenna and Propagation. He is on the editorial board of the Chinese Journal of Radars. He has also been the Co-Chairman of several conferences in the field of remote sensing. He was the Excellent Reviewer for the journal of Xi'an Jiaotong University in 2013.