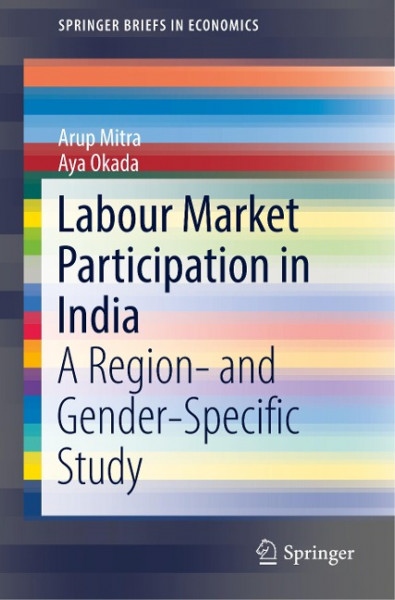 This book focuses on the gender-specific labour force participation rates across regions in India and identifies its most important determinants. Before concentrating on the Indian context, it examines the participation rates of various countries in the Asia-Pacific region. Not unexpectedly, the study shows that the rate is significantly lower for females than for males in this region. The rural-urban differentials are more pronounced and the inter-state variations are more sizable among females than males. Even in large cities, the female labour market participation is lower than that in the rural areas despite higher levels of education. However, in terms of inter-spatial (rural/urban/city) variations, the impact of infrastructure, education, health and urbanization on the labour force participation of both genders is quite distinct. On the whole, the study reinforces the stance that women's participation in productive activities has a doubly positive impact; it not only raises the household income, but also contributes to the wellbeing of the household. These findings are important from a policy perspective, as different infrastructure variables are confirmed to improve both participation and labour productivity. As such, the book offers a valuable resource not only for researchers, but also for NGOs and policymakers. von Mitra, Arup und Okada, Aya

Arup Mitra is a Professor of Economics at the Institute of Economic Growth, New Delhi, India. He is currently serving as the Director General of the National Institute of Labour Economics Research and Development (NILERD), New Delhi. His research interests include issues in development economics, urban development, labour and welfare, industrial productivity growth and employment, services sector growth and trade in services, and gender studies. He has published in a number of international and national journals. He worked as a senior researcher at the International Labour Organization (Geneva), was offered a visiting fellowship at the Institute of Developing Economies (Tokyo), held the Indian Economy Chair at Sciences Po (Paris) and was a vising professor at the Graduate School of International Development, Nagoya University (Japan). The Indian Econometric Society awarded him the Mahalanobis Memorial Gold Medal for his outstanding contributions in the field of quantitative economics. His work has been cited in the Handbook of Regional and Urban Economics (Elsevier, 2004) and he has also contributed to the Encyclopaedia of Life Support Systems (EOLSS), Mathematical Models in Economics (Ed. Zhang, W.), developed under the auspices of UNESCO, and to the Encyclopaedia of Sustainability, Great Barrington, MA: Berkshire Publishing. Aya Okada is Vice Trustee for International Cooperation and Professor of Political Economy at the Graduate School of International Development (GSID), Nagoya University. She holds an M.Phil. in Development Studies from the University of Sussex and a Ph.D. in Economic Development from Massachusetts Institute of Technology (MIT). Her research interests include economic and social development, regional planning, education and skills development, and gender and development. Her publications include books such as Industrial Skills Development: Globalization and Human Resource Development in Developing Countries (co-edited, 2008, in Japanese), numerous book chapters, and articles in international journals such as World Development. Dr. Okada was Research Fellow at MIT's Industrial Performance Center (IPC) in 1997-1998. More recently, she was a visiting scholar at MIT and visiting professor at Jawaharlal Nehru University in India, both as an Abe Fellow awarded by the Social Science Research Council. More recently, she has also played consulting/advisory roles in development projects sponsored by JICA, UNESCO, and the Japanese government.