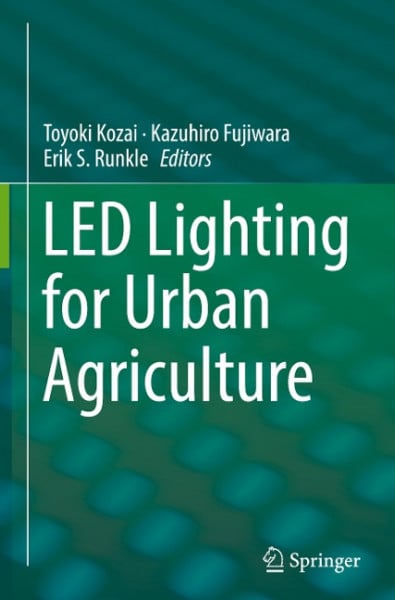 This book focuses on light-emitting diode (LED) lighting, mainly for the commercial production of horticultural crops in plant factories and greenhouses with controlled environments, giving special attention to: 1) plant growth and development as affected by the light environment; and 2) business and technological opportunities and challenges with regard to LEDs. The book contains more than 30 chapters grouped into seven parts: 1) overview of controlled-environment agriculture and its significance; 2) the effects of ambient light on plant growth and development; 3) optical and physiological characteristics of plant leaves and canopies; 4) greenhouse crop production with supplemental LED lighting; 5) effects of light quality on plant physiology and morphology; 6) current status of commercial plant factories under LED lighting; and 7) basics of LEDs and LED lighting for plant cultivation. LED lighting for urban agriculture in the forthcoming decades will not be just an advanced form of current urban agriculture. It will be largely based on two fields: One is a new paradigm and rapidly advancing concepts, global technologies for LEDs, information and communication technology, renewable energy, and related expertise and their methodologies; the other is basic science and technology that should not change for the next several decades. Consideration should be given now to future urban agriculture based on those two fields. The tremendous potentials of LED lighting for urban agriculture are stimulating many people in various fields including researchers, businesspeople, policy makers, educators, students, community developers, architects, designers, and entrepreneurs. Readers of this book will understand the principle, concept, design, operation, social roles, pros and cons, costs and benefits of LED lighting for urban agriculture, and its possibilities and challenges for solving local as well as global agricultural, environmental, and social issues. von Kozai, Toyoki und Fujiwara, Kazuhiro und Runkle, Eric