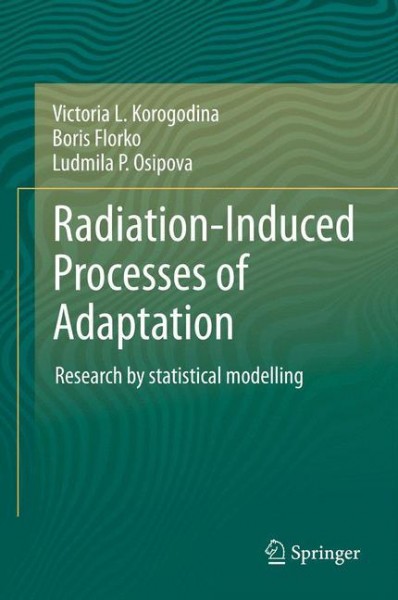 In recent decades radiobiologists' efforts have been directed at identifying the mechanisms of radiation effects; the general mechanisms have since been studied extensively. This book describes and analyzes radiation-induced adaptation as processes produced in cells, tissues, and populations. This viewpoint helps to understand the nature and factors of induced processes, to determine the characteristics of observed radiation effects and their limitations. The investigations presented here were founded on proper lab experiments, ecological studies of plant population growth near an operating nuclear power plant and a thorough epidemiological examination of human populations living in territories polluted fifty years ago, as well as on relevant published data. This research demonstrates the radiation-induced adaptation processes that continue even when the radiation itself is no longer at a critical background level. The investigations utilized the method of statistical modeling on the basis of distributions on the number of abnormalities. This method allows us to investigate the processes induced by low-dose factors when accompanied by Darwinian selection in different systems; the distribution parameters can then be used to study the characteristics of adaptation processes and system resistance. The consequences of background-level radiation continue to provoke debate, and the mathematical bases of the adaptation model are shown, while due consideration is paid to the components of adaptation: instability, selection, and proliferation. The book will be especially useful to specialists in radiation pollution, ecology, epidemiology, and radiology for studies of radiation-induced processes; the method presented here can also be adapted to investigate low-dose effects in other fields. In addition, the book presents a number of reviews in the fields of radiation biology, including pioneering investigations in Russia which were previously unavailable to Western scientists. von Korogodina, Victoria L. und Florko, Boris und Osipova, Ludmila P.