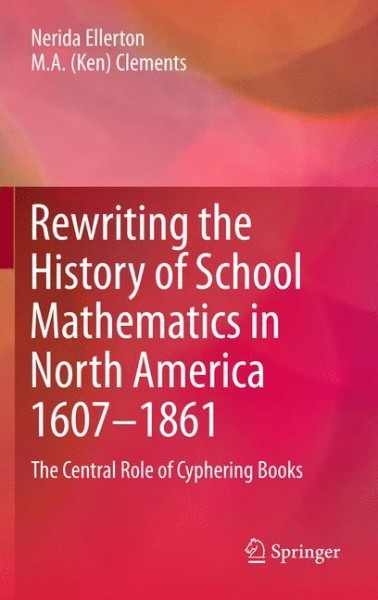 Rewriting the History of School Mathematics in North America 1607-1861

The focus of this book is the fundamental influence of the cyphering tradition on mathematics education in North American colleges, schools, and apprenticeship training classes between 1607 and 1861. It is the first book on the history of North American mathematics education to be written from that perspective. The principal data source is a set of 207 handwritten cyphering books that have never previously been subjected to careful historical analysis. von Ellerton, Nerida und Clements, Ke